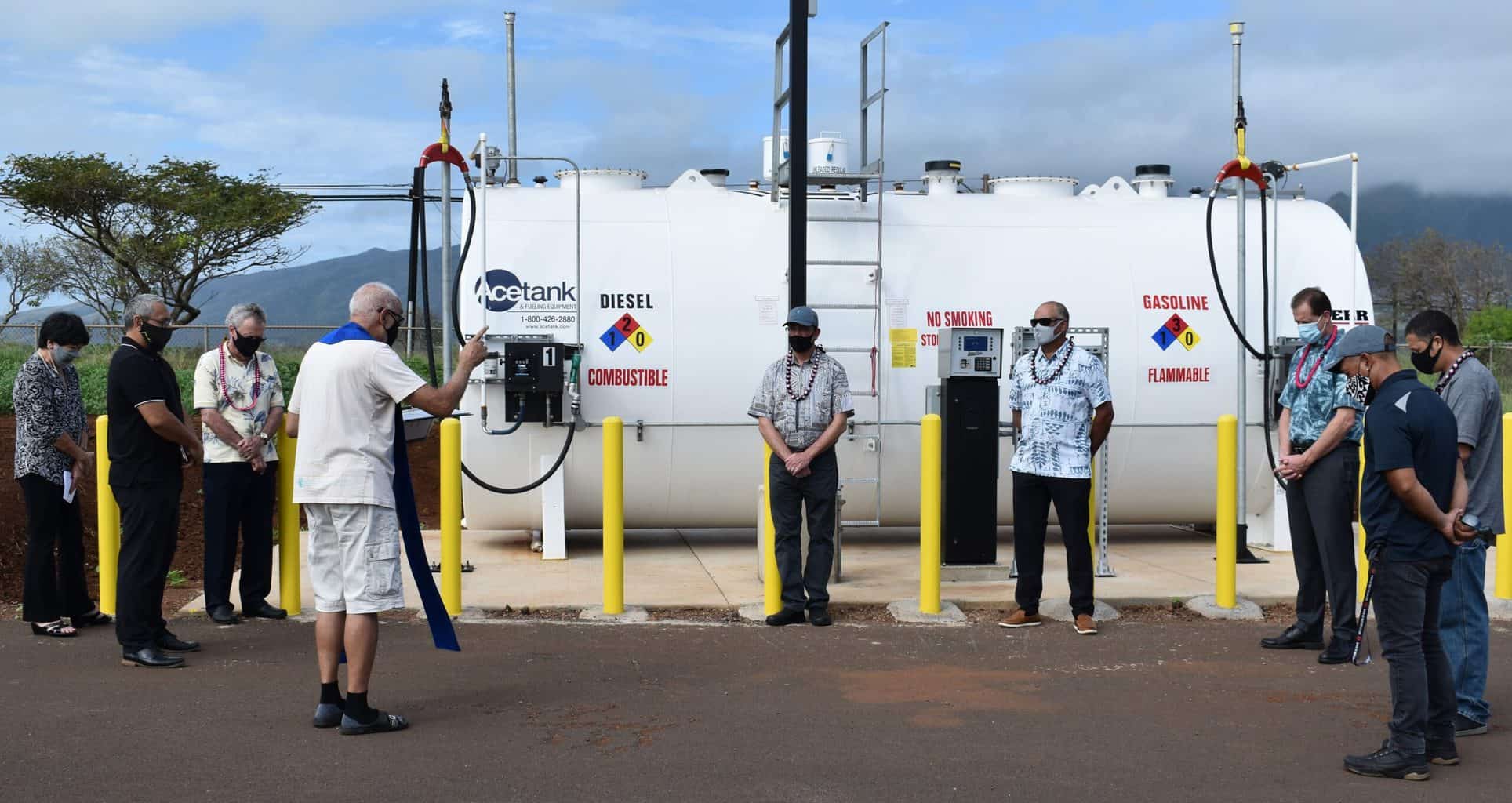 The new station, which will go into service Thursday, April 1, was built for MEO by Hawaii Petroleum at a cost of $180,000. MEO will pay for the gas and diesel that it uses, as it has in the past, and over time assume ownership of the station, which includes a steel tank within a tank for safety purposes.

The new station is expected to save MEO about $14,000 per year in “deadhead” travel costs between the baseyard and the Hawaii Fueling Network station in Kahului about 2 miles away, where buses currently are fueling up, Harry Johnson, MEO transportation director said.

“At Hawaii Petroleum, we are thankful and honored to partner with MEO on their new on-site fueling facility,” said Kimo Haynes, president of Hawaii Petroleum, who attended the blessing. “MEO provides critical services for the community of Maui, and this was a wonderful opportunity for Hawaii Petroleum to help MEO improve their operational efficiencies and safety.”

HFN is a brand name for Hawaii Petroleum’s commercial fueling network. Other company brands are Ohana Fuels and Minit Stop.

“MEO is so grateful for the gift of a fueling station by Hawaii Petroleum,” said Gay Sibonga, COO of the 56-year-old nonprofit. “The brand new fueling station is a benefit to MEO and its clients, as well as the environment with a reduction in fossil fuel use and reduced wear and tear and congestion on Maui County roads.”

For more information about Hawaii Petroleum, which operates on Maui and Hawaii island, go to hawaiipetroleum.com. 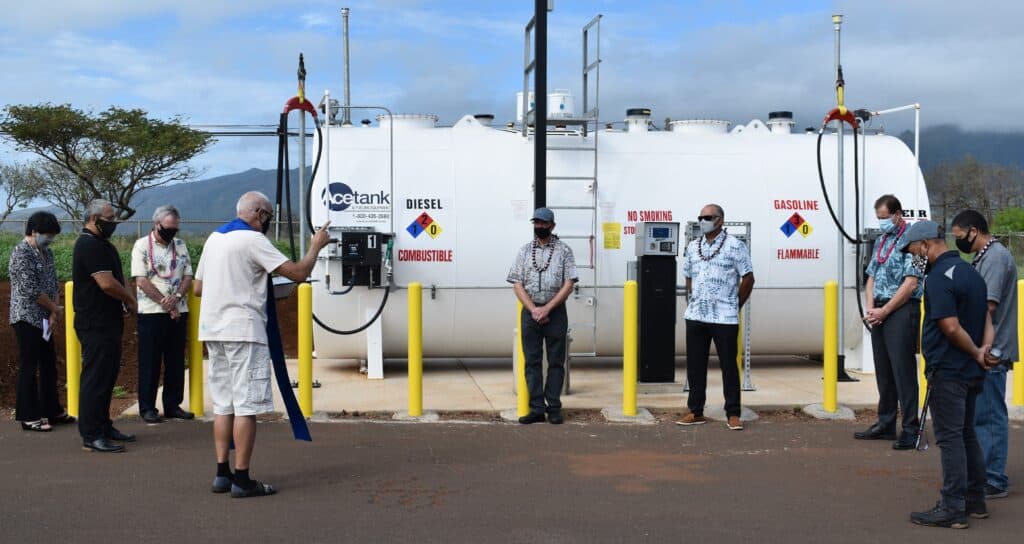 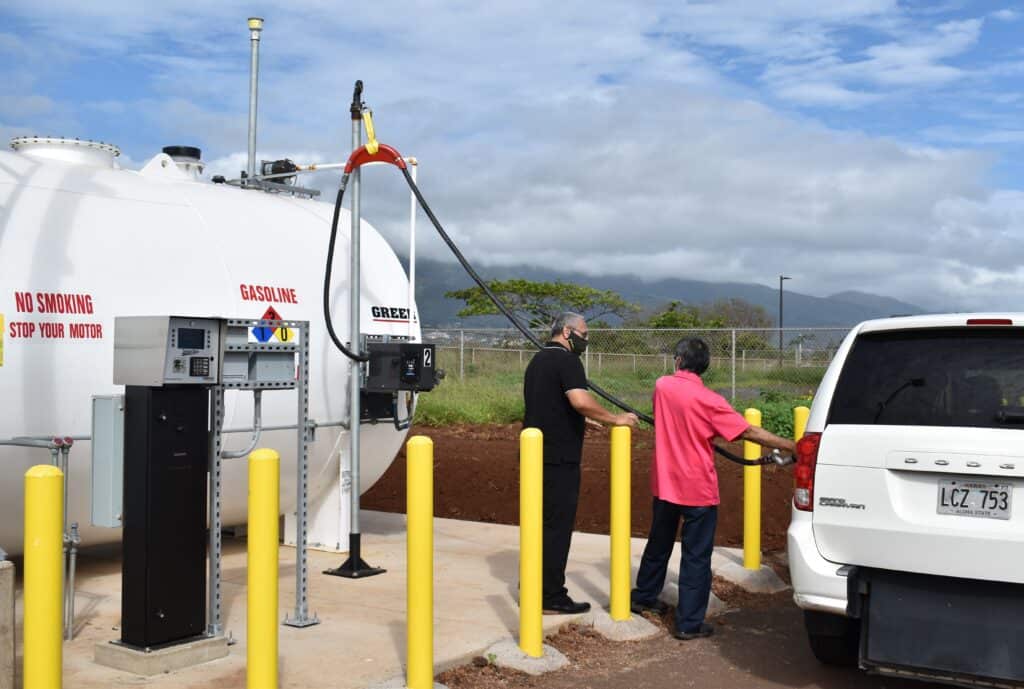 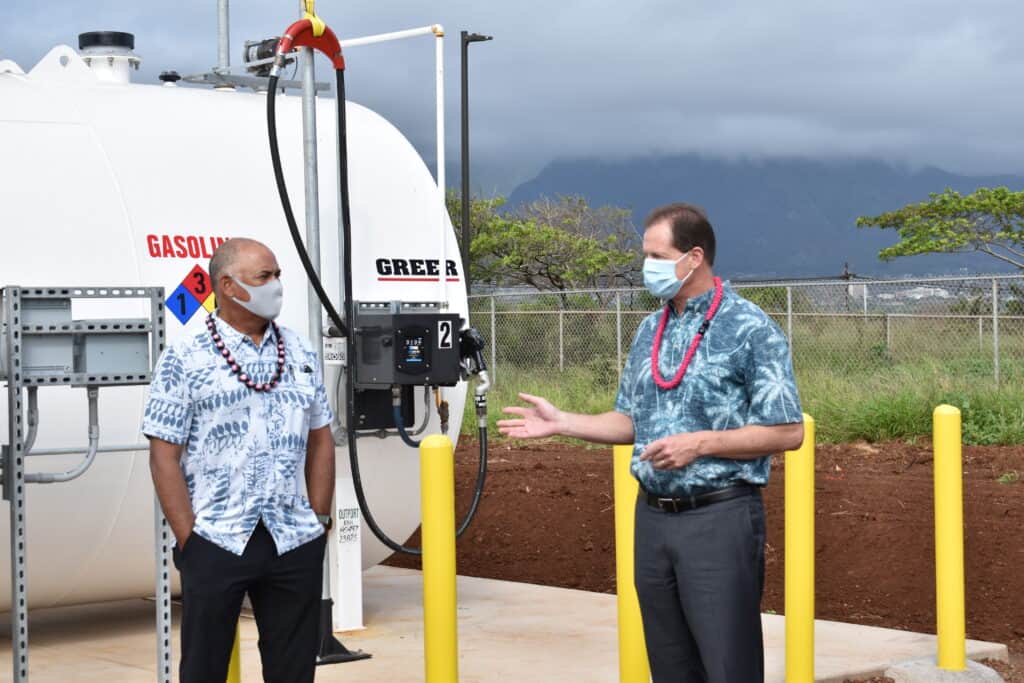 Kimo Haynes (left), president of Hawaii Petroleum, and Bard Peterson, president of the Maui Economic Opportunity board of directors, converse before the blessing of a new fueling station (behind them) on Monday morning, March 29, at MEO’s Puunene baseyard.

Maui Economic Opportunity has named Sherrilynn Nishikuni as Assistant Director of Transportation, the No. 2 post in...

The Paratransit Advisory Committee will be convening its second meeting at noon, Tuesday, Jan. 4, via Zoom. The... 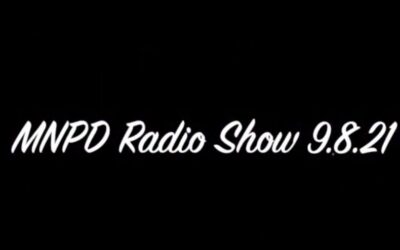